Feeling all unable to sleep now that bb woke me up at 4.30am for some unknown reason. Forgive me for the slightly messy post as this is from the phone, & I'm feeling a little lonely, having not really spoken to any real person lately.

Bb turns 9 months old today. Which reminds me that I need to bring her for her health check. (4th month and 9th month health checks are mandatory in Japan)

I think we've more or less settled in the new place (unpacked enough to live, the rest of the boxes are half opened and living from them in a need to basis. ) did I mention how the mil keeps insisting on coming over to "help"? She called and aid "you must be having a hard time! I'll come over now!" I was working, and i wasn't even unpacking or having any hard time so I said "huh? No, i'm perfectly fine opening like 2 boxes daily and slowly unpacking" & she paused for a while before insisting I'm having a hard time. Huh???? & said she'll come over to help me open boxes. Which sounded quite ridiculous to me, as why would I want fo open the boxes when I wasn't intending to unpack them yet?? So i told her why would i open them when I have nowhere to put them? & she seemed not to understand that I prefer to unpack on my own time, and all she does when she come over is make the bb cry. When she does that, i'm totally unable to do anything else since i have to carry the bb and soothe her. Also, her /fil being around means i can't walk around the house in my pjs sans underwear. I insisted that i'm working and am busy b4 she finally understood that she wasn't coming. As expected, she called Ryo over the weekend to try to come over again, but luckily we were out at ikea buying stuff for the house. If only Ryo just tells them directly. I'm not allowed to be rude so i try to be civil about it and give all sorts of excuses but he can say things directly to his own parents right! 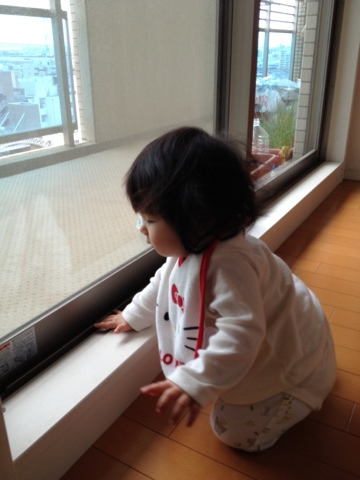